A Ballad of Soul Act

at the Tarab in Lisbona

Portugal is one of my favourite European countries. You eat well, which for an Italian abroad, is always essential. I have to admit that cappuccinos are not the best, but discovering kitchens around the world is still a great pleasure. If I find good food too, I can stay longer and enjoy the wonders of the place.

And so that is what I did in Portugal. Surrounded by magnificent landscapes, incredible historical centres and splendid women, with open hearts, sincere and full of joy in meeting a foreigner, who welcomed me as one of them, from the first moments. Yes, because in truth, besides food, it is the people who make the place unique. What they have built in the history of the country, what they have defended, eliminated and everything that has led them to be the people they are now.

In particular, I was struck by Vera Mahsati, who not only welcomed me in class as a sister found after a long trip, but even offered me the opportunity to perform in a beautiful show, the Tarab in its third edition. It is an incredibly rich show from a cultural point of view, organized by her, Anokha, Cristina Martins, Mariana Inês and Safiyah, all incredible artists, who have managed to put together a blend of cultures and arts of remarkable quality and variety in a gorgeous and well-kept theatre, the Carlos Paredes Auditorium in Lisbon. 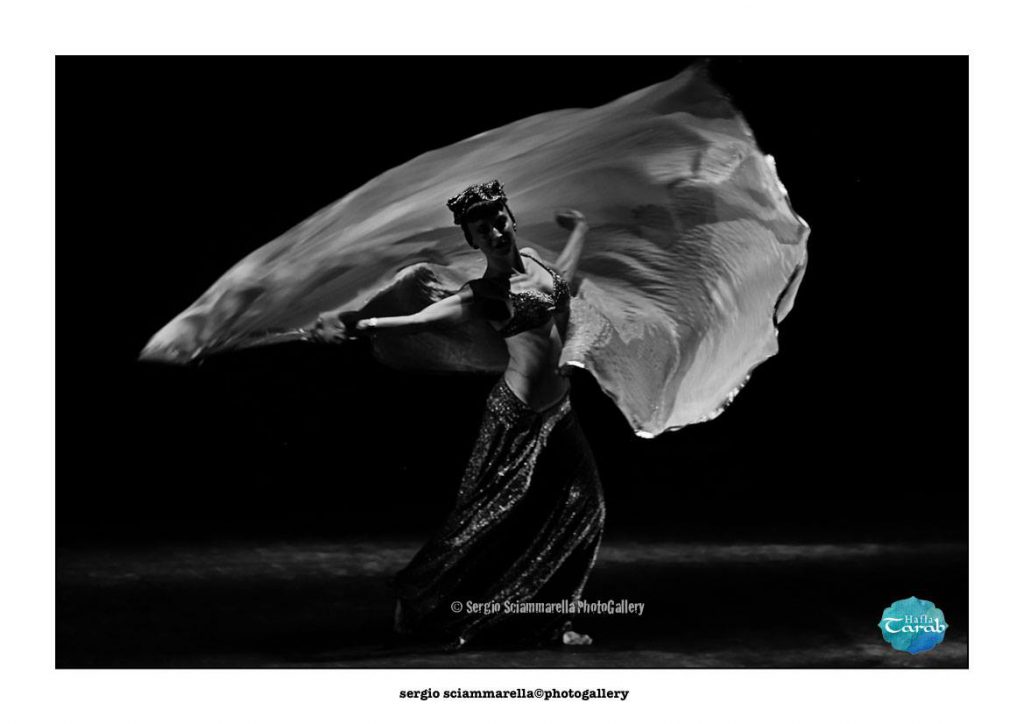 I was moved to be part of this event – to see up close all that desire to be well together, and see that artists were able to do so without creating drama but rather, putting aside their differences. Well, what can I say… After so many years in dance, fed up with such low, demeaning behavior seen in backstage around the world, seeing an example of civilization and humanity so beautiful, the fact that they have made it, with all the usual difficulties they faced for an event like this, still made me hope for the dance.

I didn’t know what I was going to find and I didn’t even ask myself that first, honestly. I was open to everything. After so many years in Asia and around the world, I saw entire choreographies stolen, and I say “stolen”, because “inspired by…” is something else. Costumes and props copied without shame and with no limit of decency. Choreographers held in the team until the day before the show in which of course all their choreographies and all their project are used but no longer recognized as belonging to the choreographer who has been ejected from the team a few hours earlier… Oops!

Those same people with a sterile mind who plagiarize, as if they had never heard of the word “Ethics” and then complain when they are copied… Hypocrites! So annoying! I feel a sadness, at the same time, a pain but a part of me, especially on my period, also feels anger.

Why does Cesare always have to claim his due by force? Why, as clients, instead of rewarding those who have originality and those who strive to offer quality, do we pay the one that costs the least?  In our social context, in our daily life, still profit at all costs, the fundamental rule to survive? But also in Arts? It sucks!

And I do not want to open the parenthesis on people not accepted in class due to bias and preconceptions about who is ‘normal’ and who is not, because a chapter of insults would not be enough for those who stain themselves with these crimes. 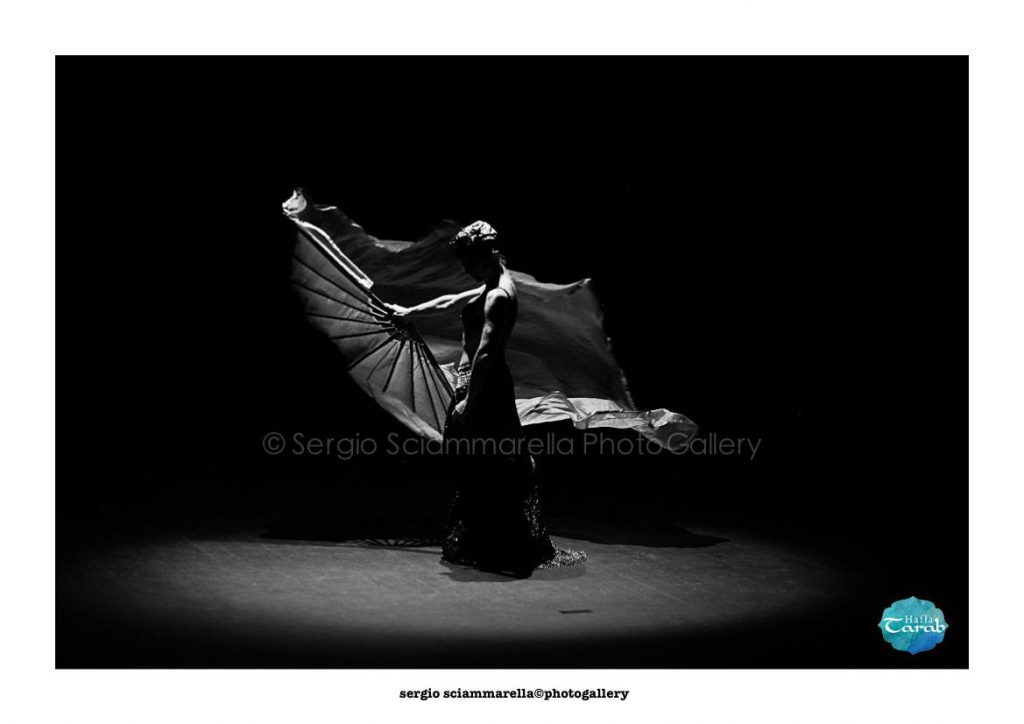 But for my great good fortune, in Portugal, at the Tarab, it was not so, indeed, quite the opposite. The positive feedback has rained down since the general rehearsals until the days after the show.

It was all an exchange of exciting and proactive feedback. A dream Community, based on mutual Respect and Esteem. And the thing that still gives me the creeps is that we were all like that. All the artists and organizers, from the first to the last. Which had never happened to me before and we all know how easy it is to be an asshole.

Instead at Tarab, we all chose as a silent agreement, to be kind, proactive and supportive of each other. And yes, you can choose! I don’t know if it was a natural choice for everyone, but the fact is that we were all from different countries and our joy arose precisely in understanding the other through his art.

In this context, I made my debut with my Giant Fan Veil, which my team and I built between days and nights spent bonding and recounting our life stories. I couldn’t have a better baptism.

It’s a unique fan, which encloses the Joy and Sorrow of our lives. Every scissor cut the Pain into small pieces and turned it into pure wonder. Every single point was used to stitch that tear in the soul so that the light crossed it and made it special. Each word served to discover new lifeblood, new energy for the future. 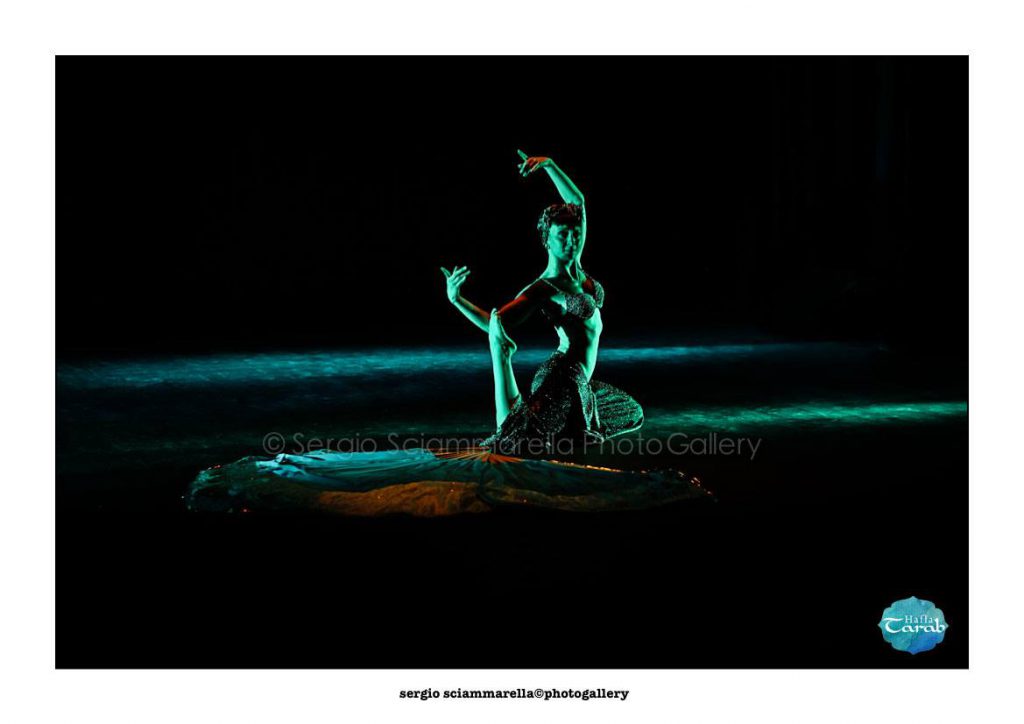 And you know, you have to train to dance with this fan. It’s not a regular fan. It has its weight, as it should be, to remind you that yes, the Pain itself has its emotional weight. But if you work with it, you can support it, maybe you won’t be able to do it every single day, but one day, you will support it, and you will have the strength to let it go. You have to train your body and mind to dance with this Fan. Otherwise, the weight will crush you. Not training would be disrespectful for yourself and The Fan, for what The Fan represents. 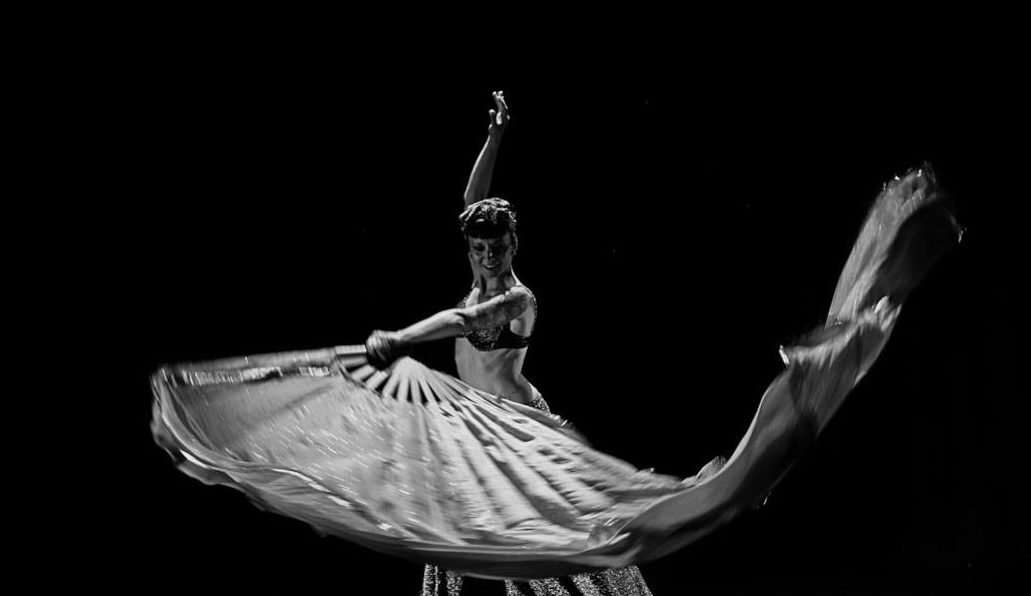 No, it’s not a fan just to be cool just because it’s big, beautiful, weird, nobody has it yet. I’m sorry, it doesn’t work that way. If you approach The Fan like that, you get hurt. If you insult The Fan and use it without preparing yourself mentally and physically, without respecting it, then you will also feel the physical Pain. Oh, yes, you will, indeed! It’s The Fan’s weight that reminds you that without Ethics and with no Respect, you get hurt and you deserve this. Maybe that’s how you learn your lesson. XD

Episode 67: Dance is a Drug – LaDibi in Berlin

Episode 65: 7 steps to get ready for Odissi with Sari