Ramayana 1 – Between Dance and Drama

Oriental Gods and Demons of Ramayana

Everyone knows Swan Lake, Cinderella, Giselle, whoever have you ever heard of Ramayana?

What could Classical Dance have in common with Oriental Dance?

First of all classic literary works,It’s a source of inspiration for the great ballets, which became a fixed repertoire for the prestigious Dance Companies. Every culture will have its classic works, therefore the concept does not change. From the things that the writers have written and showed, the Dances are born, as well as the paintings and for years, even the movies.

A combination of Arts, over time and the types of Arts themselves. An artistic association that crosses the times. A group of artists who see the same poem materialize, that same plot, in the most varied forms such as ballets, paintings, music and much more.

In this cycle dedicated to the Ramayana we make a trip together to Java, Indonesia in which we will see ancient temples, music, dance, theater, costumes and masks. Let’s find out what this story tells and what are the origins, as well as where this wonderful work is represented.

The epic Ramayana was born in India, from the pen of the writer Valmiki. This story was written between the first and second century. The word Ramayana, which means Cammino di Rama, tells us what the work will tell.

A Rama walk in the forest? A pilgrimage?. It is a journey made of Dignity, Justice and of strong principles.

Rama renounces his kingdom because Power is not worth Dignity, as well as Love.

I believe that if everyone knew the Ramayana and followed his precious teachings, everyone would be a little happier. What way to make it known to the public, to get directly to the heart, if not piercing it with emotions?

In the island of Java there is a huge Hindu temple composed of towers 47 meters high, full of figures and decorations.this amazing temple is called the Prambanan.

In this magnificent setting, every day, for 40 years, the Dance Company Purawisata Ramayana Ballet, represented the Ramayana dance.

The work is composed of many scenes. There are no dialogues but choreographies are embellished with characteristic movements of the hands and the particular design of the masks, which tell us the story. It is a Theatrical Dance, as it was originally the Classical Dance.

The masks are often partial, half-face, leaving the eyes painted bright, to express the most intense emotions. The traditional costumes dance with the bodies of the dancers accompanying their movements, becoming scenography.

The Ramayana Dance follows the Wayang Wong or Wayang Orang, a traditional Javanese traditional dance. Wayang means Ombra and Orang stands for Man. In the East of Java (traditionally) the Ramayana is also represented with thin-skinned marionettes. They are finely carved and slid behind an illuminated back screen to form shadows. They are the Wayang Kulit, the Shadows of Skin.

The Ramayana dance tells us a story, through the steps of the Dance Wayang Orang.

The Balinese Dances inspired by the Ramayana 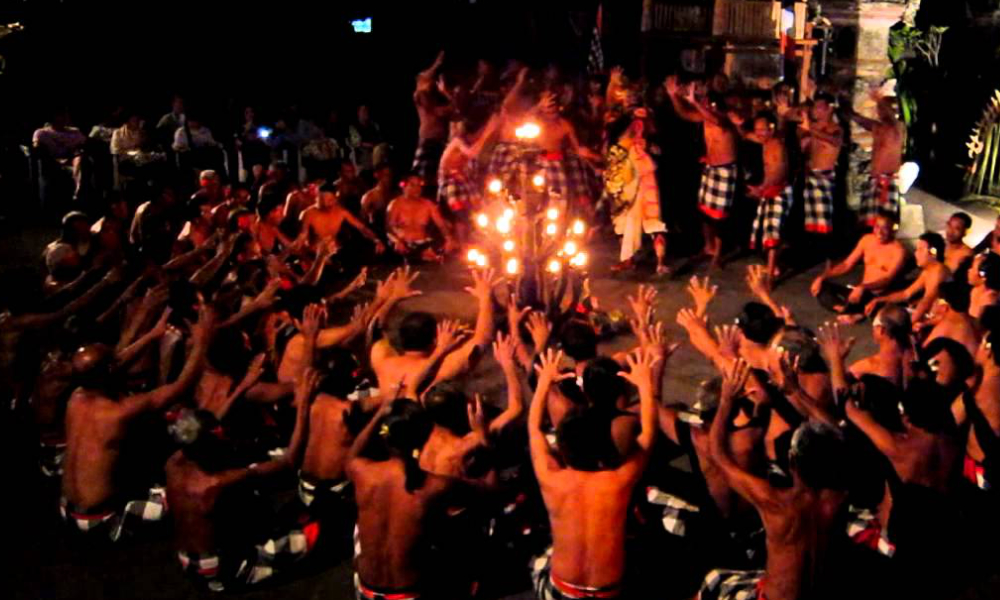 The Kingdom of Java, in different epochs, has been Buddhist, Hinduist and today, as a Laic Republic, it is of Muslim majority. The Ramayana Dance is mainly represented in Java, as it is linked to the Hindu tradition, an integral part of the Javanese history.

Bali is the only island in Indonesia with a Hindu majority, but the only dance represented in the Island of Gods, inspired by the epic Ramayana, is Kecak Dance or Dance of the Apes. 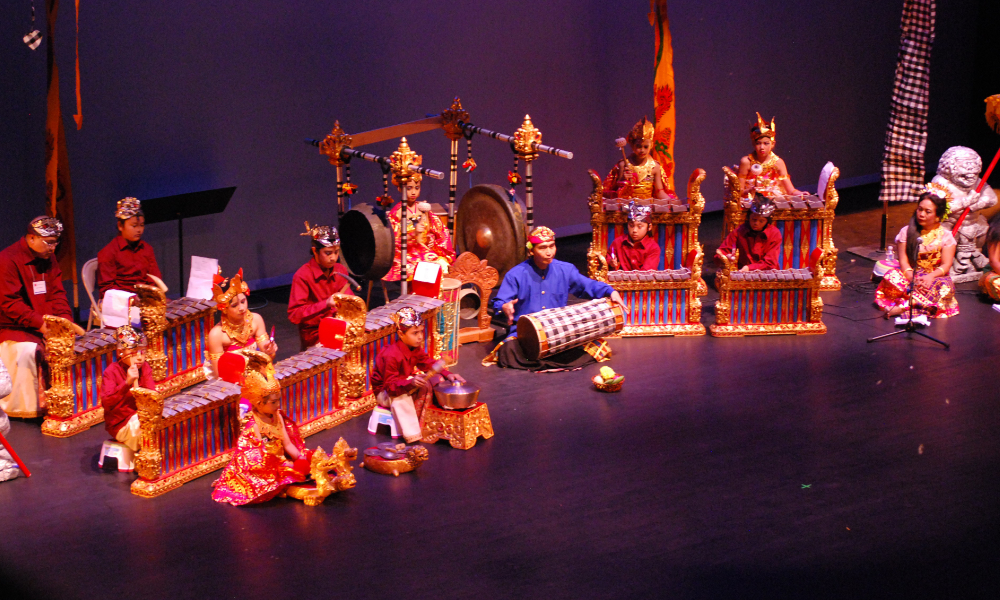 The Kecak Dance takes its name onomatopoeic, from the sound of the clapping and the voices, typical of this dance. The men, who represent the Army of the Apes, gather together sitting in various concentric circles. Accompanied by the rhythmic music of Gamelan and the sound of voices, clap their hands creating a suggestive mantra. The theatrical and rhythmic effect is impressive, no one can remain indifferent.

In the Ramayana Dance,traditional music Gamelan’s is accompanied by songs in Javanese, called Sinden, which tell the story, like a Greek Choir. Music grows in intensity in the most dramatic situations, such as during fights.

The poem tells of the Indian prince Rama who in order to get back his bride Sita, kidnapped by the King of Sri Lanka, Ravana, declares war on him.

In the end Rama defeated Ravana though he does not take possession of his kingdom, but gives it to Ravana’s brother, Vibhishana.

This wise action avoids the problems that may arise from governing a country whose traditions are unknown, causing discontent, divisions and civil wars. 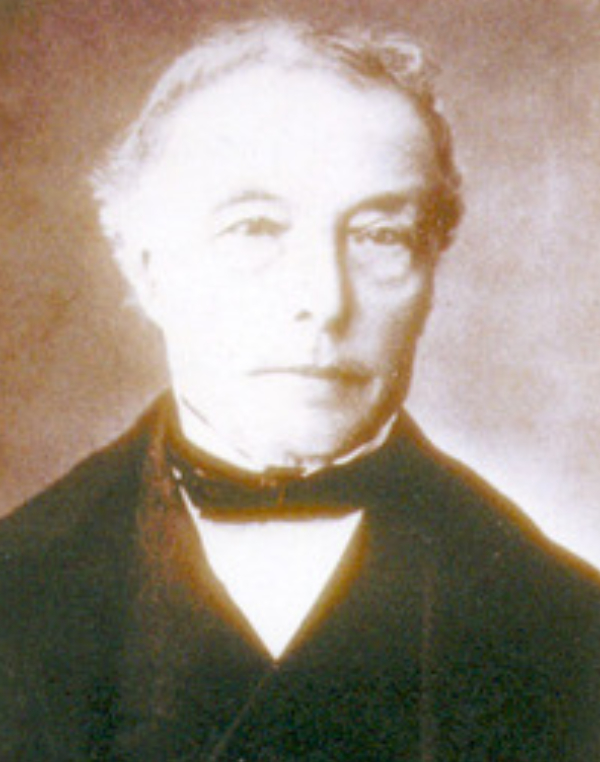 The Italian Gaspare Gorresio in 1843, was the first to translate the work into a Western language. Gorresio, born in Bagnasco in 1808, was professor of Sanskrit and Indo-Germanic literature at the University of Turin.

Gorresio translated the work for the first time in Italian. He published his first edition of the Ramayana in France, in 1843, after having studied for many years with a great expert of Sanskrit, the French Eugène Bourmouf. Together, with the translated poem, he also published the original in Sanskrit, choosing the Gauda version, the oldest and most beautiful one.

From its first publication, every year followed a translated volume, with the volume in Sanskrit attached, for a total of 12 volumes. Gorresio dedicated 24 years of his life to this project, with his last publication in 1867.

The Ramayana poem is set between India and Sri Lanka. Uttar Pradesh in India, with capital Ayodhya, is identified as the Kingdom of Rama’s father.

The British colonized India in the nineteenth century, or 1800.

500,000 Tamils, originating from southern India, are deported to the island of Sri Lanka to cultivate the English plantations.

Tamils ​​can not integrate with the population. They live in isolation, without any rights.

In 1976, the armed movement of the Tamil Tigers was born and in 1983 a civil war broke out between Tamil and Singhalese. Conflict that still lasts, with various interruptions, until 2009 with the defeat of the Tamils. A real massacre. The consequences of this war are disastrous for the civilian population of both factions. In the 20th century, Gandhi won his peaceful revolution, against British colonization.

Tamil ethnic civilians are still persecuted and child soldiers are used by the Tamils.The facts narrated in the poem seem almost a warning to the mistakes of the future.

Rama teaches us that the Enemy is annihilated, only if he has broken the principles that regulate life and never, for secondary interests. We do not take possession of the defeated kingdom, but we give it back intact to those who have respected Dignity. It tells us something about that is currently not in our modern times.

In the next episode

All the characters of the Ramayana, and their actions, are related in a masterly way to teach us about life, or make us understand the moral of every single episode narrated in the work.

Often there is an almost cinematic vision of the narration because the characters act simultaneously in different places. Hindu Mythology has a great influence on the characters.

We will discover in the next article, Prince Rama, incarnation of God Vishnu. Hanuman, the Warrior of the Monkey Army, the avatar of the God Shiva. Ravana and the Ten-Headed King.

The presence and interference of Gods and Demons is constant.

See you on the next episode!